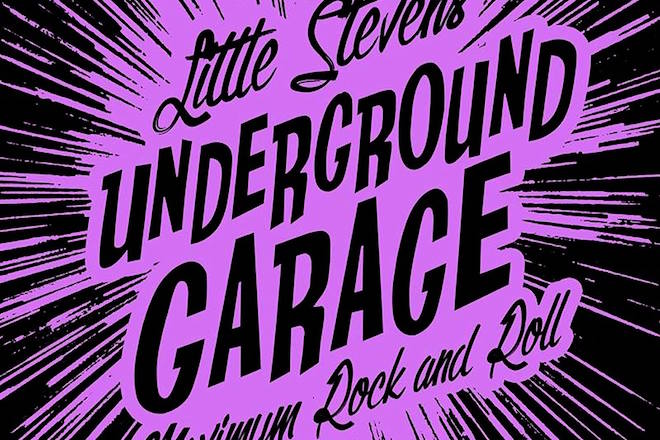 What do Buddy Holly, The Strokes, The Shangri-Las, The Beatles, and The Ramones have in common? Little Steven’s Underground Garage!

In April of 1954 “Rock Around The Clock” was recorded by Bill Haley and the Comets, and three months later, Elvis Presley recorded “That’s All Right Mama”. From these small steps, and the help of other pioneers such as Chuck Berry, Little Richard, and Bo Diddley, one of the most important and influential cultural forces over the past half-century was created, Rock and Roll.

Fast forward to 2011 and Little Steven’s Underground Garage, the nationally syndicated Rock radio show hosted and produced by one of America’s foremost musicians and actors, Little Steven Van Zandt. Each week Little Steven takes audiences on a two hour trip down the path of what was cool in all six decades of Rock and Roll, a celebration of Pop culture, and features the best emerging new bands worldwide.

The Underground Garage has received rave reviews from leading music magazines and television shows. Rolling Stone Magazine called the radio show “mind-blowingly great,” adding that, “Quite simply, Underground Garage is the most exciting thing to happen on rock and roll radio in years.” And MTV named Little Steven “the coolest DJ in the country, a proud throwback to the late-night hipster jocks of long-gone 1960’s and ’70s FM Radio.”

Little Steven’s Underground Garage debuted April 7, 2002 on 23 stations. It now has over 1.2 million listeners in the US alone and is broadcast on 148 stations in over 200 markets. Including internationally in Canada, Italy, Norway, Spain, Ireland, The Netherlands, Sweden, Finland, and Denmark, as well as the American Forces Network and more making it the most successful Rock music radio program in the past 30 years.