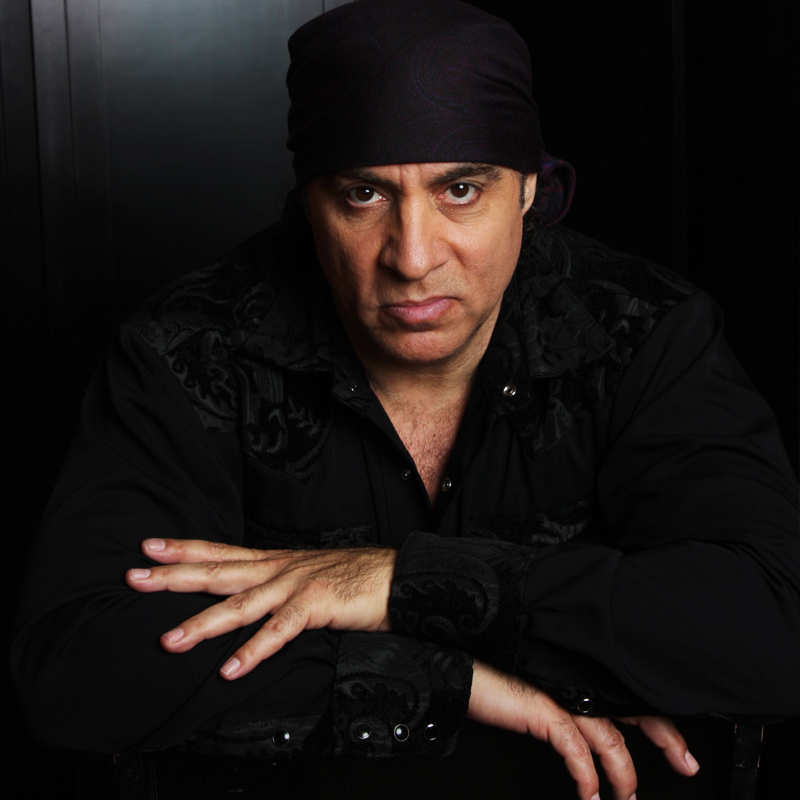 Theme songs for Film and TV: – “All Alone On Christmas” (Home Alone 2) – “Time of Your Life” (Nine Months) – “When Your Angels Get Lost” (SIS- pilot) – “Lilyhammer Nocturne” (Lilyhammer)

Political Activist Political affiliation: Independent – Performs at “No Nukes” concert in New York City – Performs for “Vietnam Veterans of America”. – Produces and performs at “LaBamba’s Christmas Show for the Benefit of Missing Children” – Establishes the Solidarity Foundation to promote the sovereignty of indigenous peoples and to foster economic development in harmony with the earth. – Founds “Artists United Against Apartheid” – Twice honored by the United Nations for his “Sun City” project and film, and involvement with “International Peace Day” along with Peter Gabriel. – Performs for Amnesty International – Editorials for The Huffington Post, Politico, and New York Times on subjects like South Africa, Campaign Finance, Disaster Relief, and Haiti.

Radio Producer – Creator of the internationally syndicated radio show Little Steven’s Underground Garage (2002), which now has over 1.2 million listeners in North America alone, affiliates across Europe, and broadcast to over 190 countries around the world via Voice of America and American Forces Network. – Creator and Executive Producer of the first two channels of original content on Sirius XM Satellite Radio, the Underground Garage (Sirius XM 21) and the Outlaw Country channel (Sirius XM 60). Steven remains the only Content Creator to have two 24/7 channels of original content on satellite radio.

Wicked Cool Records – 2006 marked the beginning of Wicked Cool Records, the record label started to further support traditional Rock and Roll, now called Garage Rock. Wicked Cool is home to twenty bands including The Chesterfield Kings, The Woggles, The Breakers, The Urges, The Len Price 3, The Cocktail Slippers, and others. Among the label’s releases are the critically acclaimed 8 volumes of Coolest Songs In The World compilations featuring the best music from the contemporary Garage Rock scene, CBGB Forever, and the classic Halloween and Christmas A Go-Go collections.

Rock and Roll Forever Foundation A foundation dedicated to the development, preservation, dissemination, and continuing support of Rock and Roll, past, present, and future. Currently developing a 40 chapter online curriculum on the history of Rock and Roll and it’s role in American culture with the Teachers College of Columbia University. Pilot program set to launch in schools in 2013.