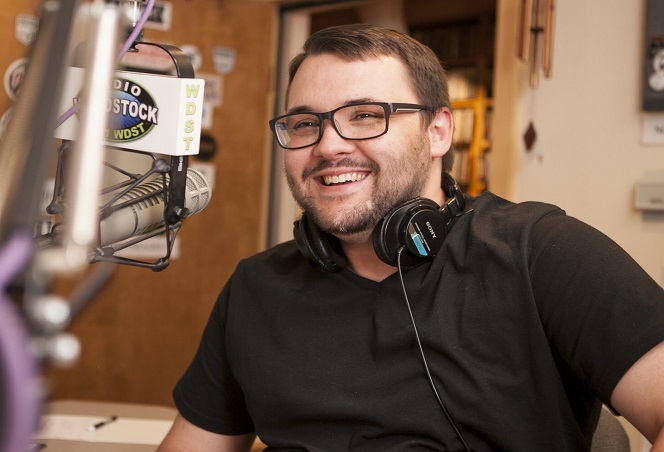 Since I come from a large, politically involved family, it makes sense that I’d follow suit…but when has anything I’ve ever done made any sense?

I’m terrible at writing something about myself, so bear with me. Before finding myself here at Radio Woodstock, I was firmly planted in the heart of Brooklyn. Bachelor’s in Television and Radio Production, minor in Screenwriting from Brooklyn College, but most importantly, I was a member of the college radio station for close to 3 years, first as part of a multi person improv comedy show called Vernaculus, and finally as the host/creator/commander in chief of a one man film show titled The Captain’s Corner. Somehow, someway, I was able to portray a character known as The Captain for 2 years on air, review movies, be weird, and NOT be taken off the air!

In all seriousness, I love radio. I love the medium as a whole, and those times in college were some of the best I’ve had. I’m positive that more great times will be had here at Radio Woodstock.