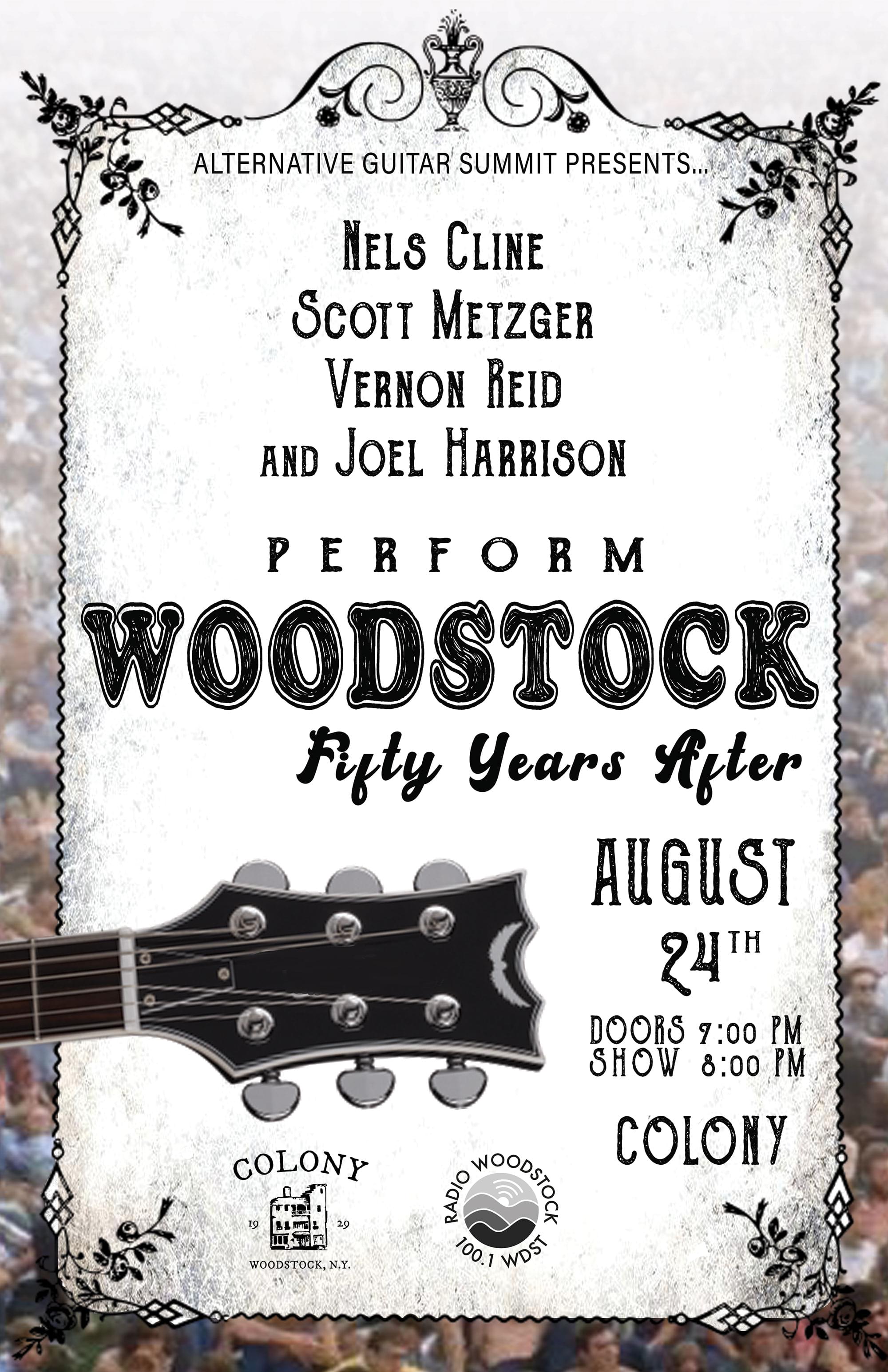 The Music of Woodstock 50 Years After: 4 guitarists explore new directions in the music of the 1969 Woodstock Festival

Scott Metzger (of Joe Russo’s Almost Dead) plays The Who

For countless guitarists Woodstock was a life-changing experience. Now fifty years later AGS brings together some of our era’s most singular improvising guitarists to seek new vistas with this powerful, epochal music. We are not covering these artists. Rather we are using the Woodstock repertoire as vehicles for exploration. We aim to bring a sense of adventure, peace, love, funk, and freedom to the concert, all of which characterized the initial event.

The Alternative Guitar Summit, founded in 2010 by guitarist Joel Harrison, is a yearly summit of daring, inventive players who emphasize new and unusual approaches to the guitar. The music we present celebrates the guitar’s enormous range, beyond style or genre.

“A modern take on this epochal music”

Joel Harrison is the founder of The Summit, and has released twenty CDs over twenty five years which explore the phenomenon known as American Music

Scott Metzger is best known a member of Joe Russo’s Almost Dead, which redefines what a Grateful Dead cover band can be.

Vernon Reid is a founding member of the seminal Black Rock group Living Color and has played with the likes of Mick Jagger, Santana, and Public Enemy. He was called one of the 100 best guitarists of all time by Rolling Stone

Nels Cline is a member of the band Wilco, a protean jazz improvisor with over twenty releases under his name, and was called one of the 100 best guitarists of all time by Rolling Stone