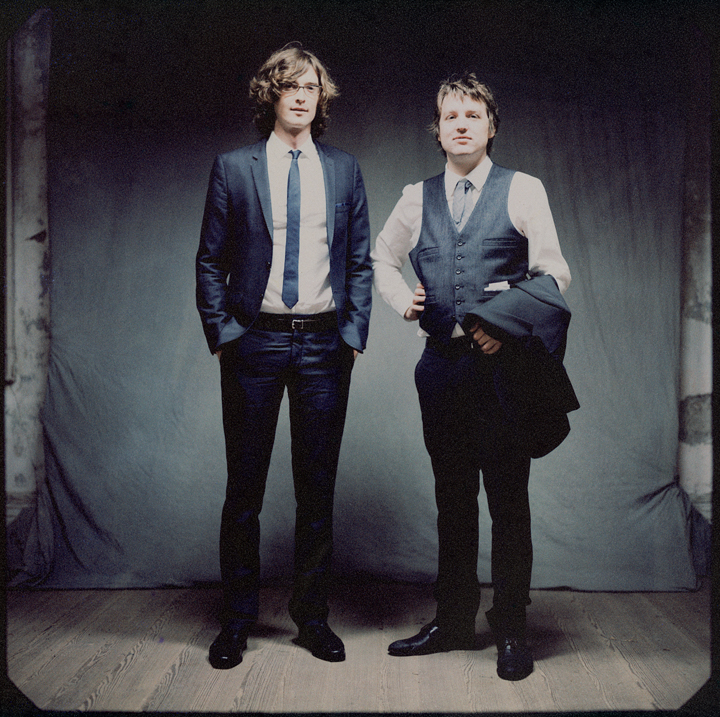 Grammy-nominated harmony duo The Milk Carton Kids released their third album, Monterey on May 19, 2015. A refreshing alternative to the foot-stomping grandeur of the so-called “folk revival,” an understated virtuosity defines The Milk Carton Kids and their new album. The two years since the release of their last album, The Ash & Clay, have been significant ones for the group. In addition to a Grammy nomination for Best Folk Album, The Milk Carton Kids won Duo/Group of the Year at the Americana Music Awards in 2014. Their featured performances and interviews in T Bone Burnett & the Coen Brothers’ concert documentary, “Another Day/Another Time,” brought the band its widest audience and their 55-city North American tour last year sold out months in advance. Cultural purveyors from Garrison Keillor to T Bone Burnett to Billy Bragg have hailed the duo’s importance among a group of new folk bands, both expanding and contradicting the rich tradition that precedes them. Yet while some of the band’s many accolades reference a specific genre, the duo quickly transcends those tags with clear inflections of jazz, classical, even the dark lyricism of modern “alternative.” This past year, The Milk Carton Kids were asked to pay tribute to Johnny Cash and Emmylou Harris — Cash on the Joe Henry-produced remake of “Bitter Tears,” and Harris with their standing ovation performance at the tribute concert “The Life & Songs of Emmylou Harris,” among luminaries including Kris Kristofferson, Mavis Staples, Alison Kraus, Iron & Wine, and Harris herself. If Cash and Harris taught us that American music is meant to be taken at its expansive word, without confines or borders, The Milk Carton Kids appear to have taken the lesson to heart.