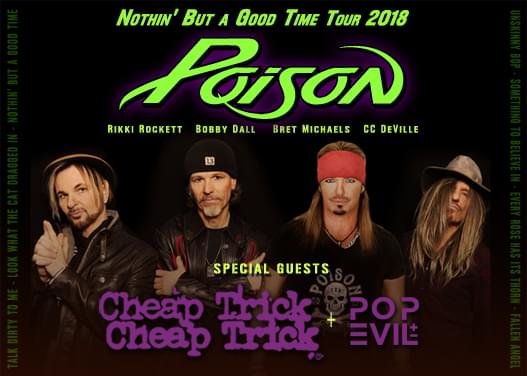 Poison who started as a street level independent band has remained one of the music industry’s top acts, with multi-platinum album sales and sold out tours since first bursting onto the music scene. They have sold over 40 million records and DVDs worldwide, and have charted twelve Top 10 hits and are set to perform some of their greatest hits including “Nothin’ But A Good Time,” “Every Rose Has Its Thorn,” “Talk Dirty To Me,” “Unskinny Bop” and “Something To Believe In.”

Since their debut in 1986, they have released seven studio albums, four live albums, five compilation albums, and have issued 28 singles to radio.