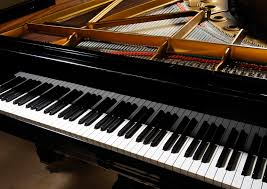 JongSun Woo is currently in her second year of Advanced Performance Studies at Bard College Conservatory, studying with Peter Serkin. Since her debut at London’s Wigmore Hall at the age of 17, she has performed widely across the UK in venues such as, Purcell Room Southbank Centre, St. John’s Smith Square, St. Martin-in-the Fields, West Road Concert Hall and has appeared as a soloist with various London orchestras.
Suggested Donation $12