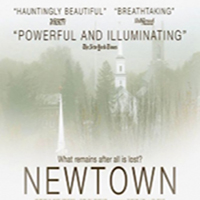 Dutchess Community College will host a screening of the critically acclaimed documentary film “Newtown,” followed by a discussion with director Kim Snyder, on March 22 at 7 p.m.in the James and Betty Hall Theater.

Filmed over three years, the 90-minute “Newtown” tells the story of the Sandy Hook school shooting aftermath through interviews with parents, siblings, teachers, doctors and first responders. It documents a community that is fractured and traumatized, but driven to carry on following the deadliest mass shooting of schoolchildren in American history.

The screening is free and open to the public.

“Newtown” received accolades after its screening at the 2016 Sundance Film Festival and has been shown at select venues nationwide. The film has been praised by The New York Times, Esquire magazine, Time magazine and many other national publications.