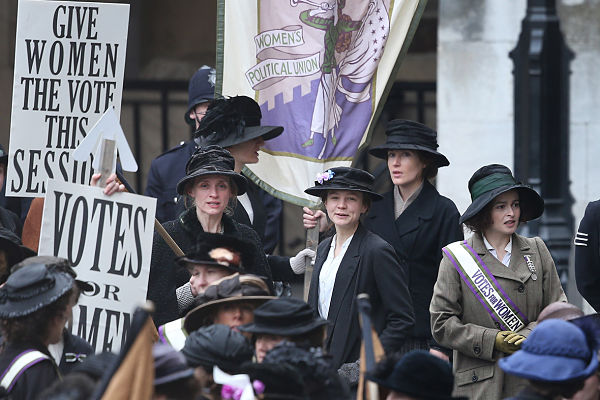 Inspired by other communities, the Sarah Hull Hallock Free Library presents a monthly film series, screening titles that promote thoughtful conversation. Time Lawton, Library Trustee, hosts the screening and moderates the following discussion. Light refreshments served. First in February: Suffragette with Meryl Streep.
The long and dangerous fight for the right to vote is a drama of personal sacrifice and danger in Suffragette. Meryl Streep is featured in the role of Emmeline, a catalyst in the U.K. movement during the early 1900’s, alongside her fellow suffragettes, played by Carey Mulligan, Anne-Marie Duff, and Helena Bonham Carter. (2015, PG-13, 107 min.)