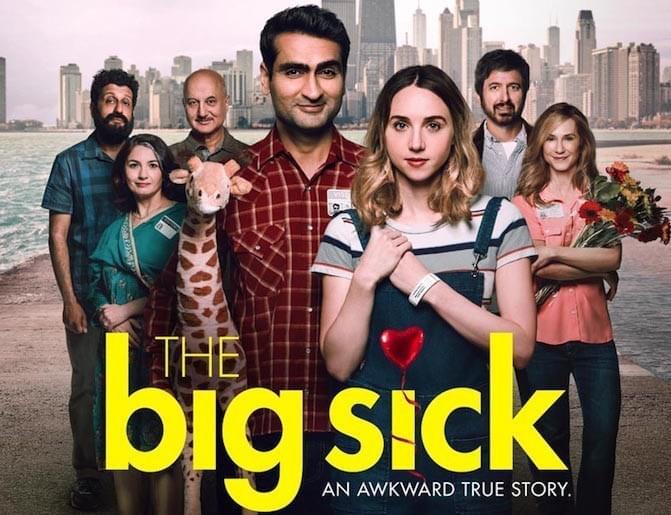 “The Big Sick” – “a joyous, generous-hearted romantic comedy” (Manohla Dargis, The New York Times) – is based on the real-life relationship and culture clash between the Pakistan-born stand-up comedian Kumail Nanjiani and his future wife, Emily Gordon. Co-written by the couple, this “awkward true story” stars Kumail Nanjiani (as himself) and Zoe Kazan (as Emily). Kumail is forced to face his own family’s expectations for his future and Emily’s feisty parents, when Emily becomes suddenly and seriously ill. Doors open 10 minutes before the film, which starts at7:00. Light refreshments and discussion follow for approximately an hour. Free and open to the public. (R, 120 minutes, 2017)