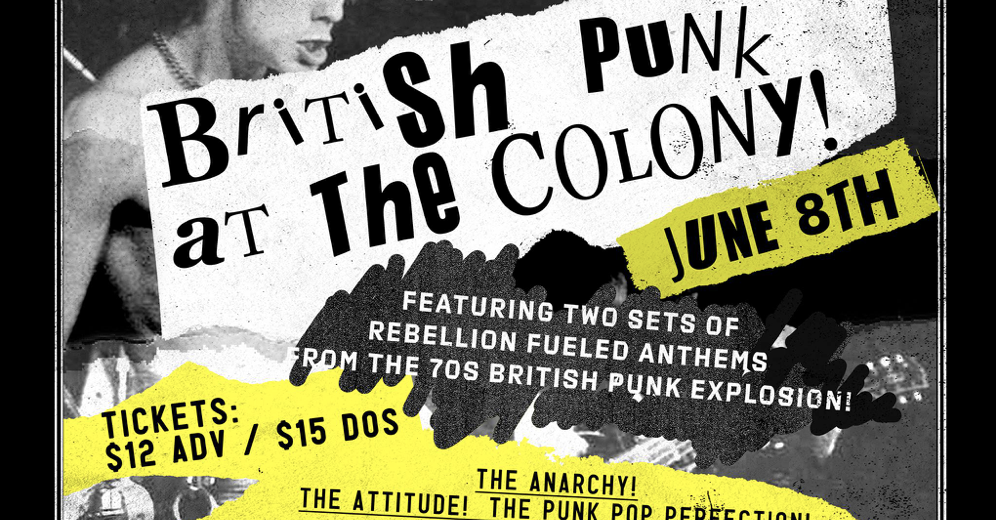 The anarchy! The attitude! The punk pop perfection!

John Gullo is a veteran of the New York City punk scene as well as a founding member and lead guitarist for SPiV, and the founding member and front man of The ReLaTiVeS. John and his band of veteran punk rockers will kick out high energy, raw powered covers of some of the best punk music that came across the pond in the mid and late 1970s…… Everything from one hit wonders like the Undertones and Stiff Little Fingers, to Brit punk giants like The Clash, The Sex Pistols, The Buzzcocks, Generation X, and many more!…….It’s Brit punk at its bloody best!

*The first set will feature music by:
The Undertones, The Saints, The Vibrators, Stiff Little Fingers, The Rezillos, Penetration, The Adverts, Gang Of Four, and Sham 69!

*The main set will feature music by:
The Clash, The Sex pistols, The Buzzcocks, Generation X, The Damned, The Jam, Siouxsie & The Banshees, and X-ray Spex!