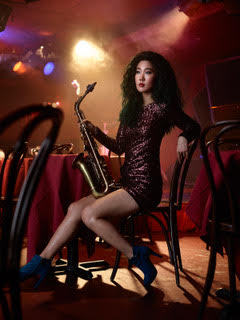 The 9th annual Red Hook Education Foundation Gala at Bard College’s Spiegeltent takes place on Friday June 28th featuring millennial Jazz prodigy Grace Kelly.  Tickets are $75 for dinner and dance party.  Featured by Vanity Fair as a millennial shaking up the jazz world, Grace Kelly’s state-of-the-art brand of jazz-pop is pushing her to the forefront of the fusion scene.  Kelly’s early career featured performances at Barack Obama’s 2016 inauguration and as a soloist with the Boston Pops playing an original composition.  She has since played over 900 shows as bandleader at venues like the Kennedy Center and Hollywood Bowl.  She has won numerous ASCAP and other songwriting awards, including a Grand Prize nod in the the 2018 John Lennon songwriting contest for the song ‘Feels Like Home’.