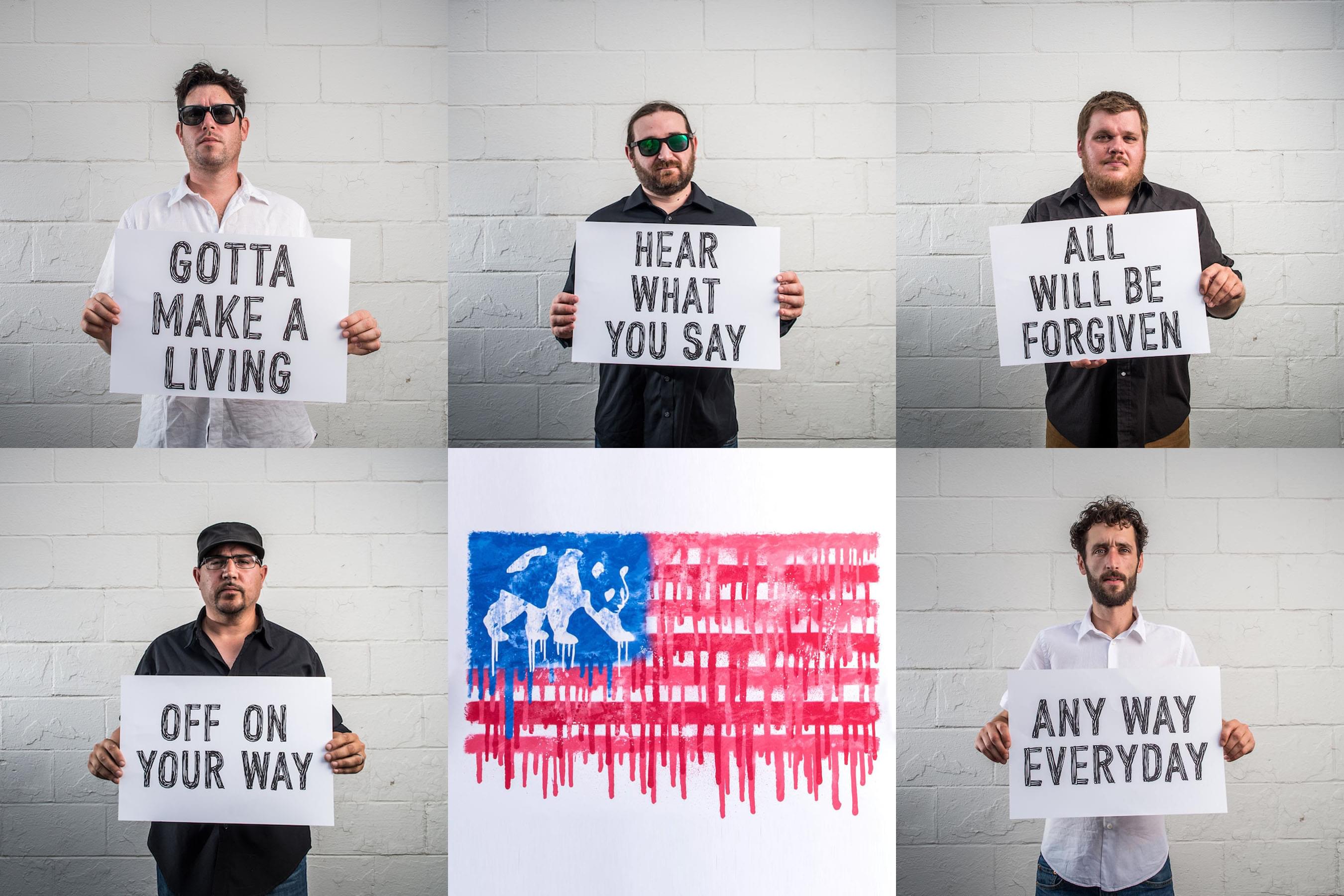 Formed in 2001 in Rochester, New York, GPGDS first received praise for their live show, which combined world beats and reggae rhythms within jamband aesthetics. In recent years the band’s studio recordings, which showcase their songwriting and musicianship across all genres of roots music, have further cemented their legend as master innovators and artists. “There is a lot of intention in this release. We had a purpose to prove to ourselves recording this album [MAKE IT BETTER]. We wanted to know that we could put our heads down and do good work fast. It was a great release artistically. It uniquely sounds the most progressive of anything we have ever done while also sounding the most like our first album.” -James Searl, Bassist/Vocalist

Since 2007, the New York six-piece The Big Takeover has been fulfilling the mission implied in their name: packing clubs in the city and upstate and building their brand and reputation on the road and in the studio. A far cry from the pop-punk of American ska, The Big Takeover take their cues from Desmond Dekker and the first wave of Jamaican pop music as well as from the soulful energy and sophistication of Motown. At the center of this tight, grooving ensemble is the live-wire singing and deceptively subtle songwriting of the Jamaican-born NeeNee Rushie, a powerhouse performer who makes the audience feel like accomplices more than spectators. Traditional and experimental, The Big Takeover’s global blend reveals deep fluency in reggae and world music, hints of soul, and a pop classicism that is their own thing entirely. In New York’s musically hopping Mid-Hudson Valley, they are only the band around that is welcomed and honored at all the major national-circuit rooms: the indie/experimental haven of BSP in Kingston, the jazz and blues gem that is the Falcon in Marlboro, the classic rock mecca of the Bearsville Theater in Woodstock. The Big Takeover packs them all. On the road, the band has played nearly 700 shows, sharing stages with The Original Wailers, Jefferson Starship, Eek-aMouse, English Beat, the Slackers and more. The band was selected to participate in a Converse Rubber Tracks Session in Brooklyn NY. Most recently, the band toured around the US on their 4th studio record “Silly Girl”, in August of 2017. In October 2017, ‘Silly Girl’ was placed on Relix/Jambands.com charts They are currently working on an upcoming EP in the studio.