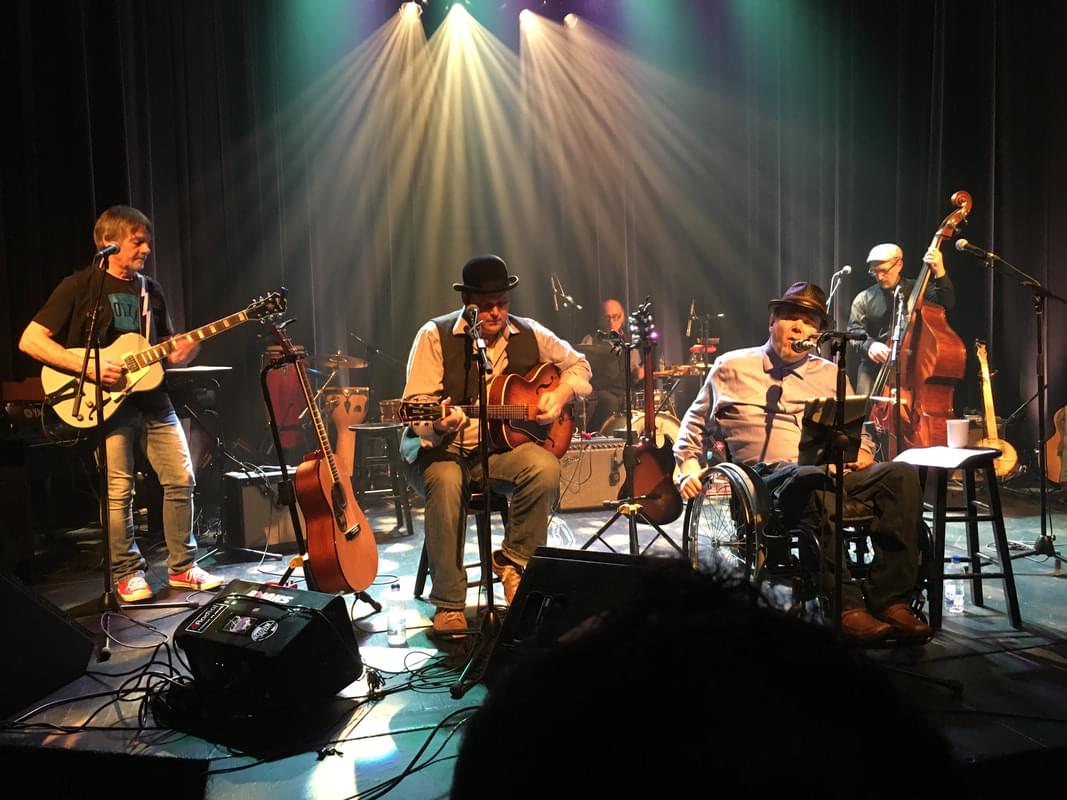 A lively and soulful five-piece folk and roots band from Southwest Quebec’s Chateauquay Valley, Durham County Poets perform an eclectic blend of blues, folk and rock with tinges of country, gospel and swing tossed in for good measure. Every member of the Durham County Poets are songwriters – individually or collaboratively composing a musical potpourri of ballads, gospel, blues and country-rock songs.

Popular at music festivals and venues across eastern Canada and fresh on the heels of a well-received juried official showcase at the 2015 Northeast Regional Folk Alliance (NERFA) Conference, the band is branching into the US.

Durham County Poets are “inventive in their taking musical roots and reshaping them,” says Spike Barkin, co-founder of the Roots of American Music Festival as part of Lincoln Center Out of Doors in New York City. Their recordings include, Where The River Flows (2011) and Chikkaboodah Stew (2014), and their third album “Grimshaw Road (2017).

“Grimshaw Road is a solid collection of roots and blues from Durham County Poets, and each song is a story that is worth listening to.”