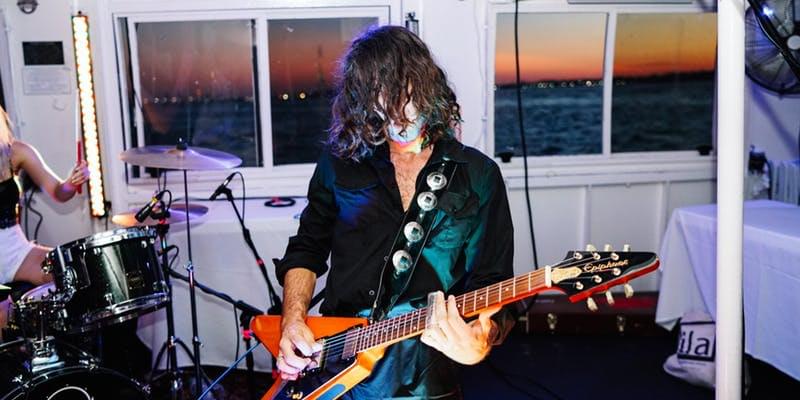 “In a time where nothing makes sense, or when everyone is trying to make sense of everything, even the right idea might not make perfect sense to everybody at that moment.”

Steve Marion, the songwriter, guitarist, and producer who has made four studio records of primarily word-less, guitar-first music as Delicate Steve, is talking about the bifurcated and reactionary culture of the moment. But by no coincidence he’s also describing musical moments that helped to inspire Till I Burn Up (Anti-, 2019) his forthcoming LP.

The album name comes from a line in Dr. John’s “Walk on Guilded Splinters” where Steve misheard John’s actual phrase “Tit Alberta” as “Till I Burn Up.” But more than fodder for an album title, John’s Gris Gris, and records like it, informed a new frame-of-mind for an artist who has historically set out to make a predetermined statement with every recording.

“The idea of this young freak making Gris Gris in LA, and nobody knowing what to do with it in 1968… He gave me confidence to be a little more freaky and abstract instead of quirky and nicely-packaged like my last album was.” Steve goes on to cite early records by Iggy Pop and Dylan and The Band’s electric tour that were panned at the time and lauded in hindsight. “There is a confidence that comes with abandoning the idea of wanting to create something that everyone might like to check out.”