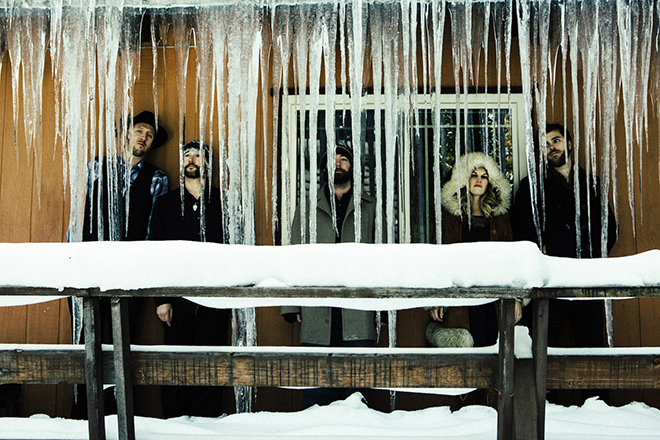 Hailing from North Lake Tahoe, Calif., Americana band Dead Winter Carpenters has built a reputation for pouring their heart and soul into each performance. In just a few years, they have positioned themselves, wrote Portland Metronome, “at the forefront of a youthful generation trying to redefine what string music is and what it can do.”

The band’s previous albums include the group’s 2010 self-titled debut, Ain’t It Strange (2012), and the much-acclaimed Dirt Nap (2014), of which CMT Edge wrote, “With one listen to Dead Winter Carpenters’ ‘Easy Sleep,’ you’ll get a strong sense of where this California band is coming from.”

Reminiscent of genre-benders like Jack White, Chris Thile, and Sam Bush, Dead Winter Carpenters harmoniously blends refined musical ability with a scarcely restrained tendency to let it all hang out. The result is a controlled burn, a riveting sound, and a connection with fans that sells out shows and has the band sharing stages with the likes of Jason Isbell, Greensky Bluegrass, and Hard Working Americans.