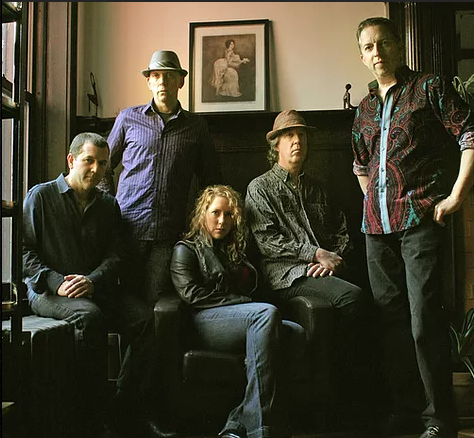 Daisycutter is a simmering culmination of “downtown-upstate” New York’s musical melting pot in action. Based in Beacon, NY, this “downtown/upstate” band combines a wide-screen city view with a bracing dose of rural realism, creating a searing mix of indie roots-rock with an alt-country barbed wire edge.

The members of Daisycutter harbor a deep respect for their musical roots while not shying away from modern sounds and statements. Their 2009 self-titled debut was acclaimed as “what Nashville would sound like if it was just a bit smarter” (David Malachowski, Daily Freeman). Spearheaded by Sara’s original songs  Daisycutter blazes a unique musical trail with their “mix of bluegrass and a twinge of political-punk attitude and lyrics.” (Jeff Sweatman, The Corner)