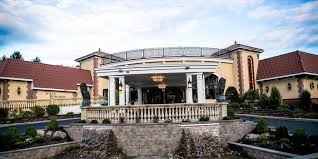 Support Olympic hopeful Katie Swartvagher and have some laughs with Comedy Central’s Bob DiBuono who will headline an evening of dinner and comedy to support the Olympic dreams of a local Hudson Valley teen. Katie is training for the US aerial ski team, here is a recent article from the Poughkeepsie Journal: http://www.poughkeepsiejournal.com/story/news/2016/08/03/local-gymnast-step-closer-us-aerial-ski-team/87970146/.

Bob (bobdibuono.com) was a regular on the Nightly Show on Comedy Central. He has also appeared on FOX RED EYE and has been seen on GOTHAM LIVE ON AXS TV, MTV, CNN, GOOD DAY NY and SPIKE. He can be heard on SIRIUS/XM on RACE WARS and TELL ME EVERYTHING. Order tickets at KatieKat.us or by calling 845-453-0926.