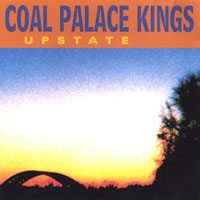 Whether fueling happy hour in a neighborhood bar or enlightening a trendy roots crowd, they have long been appreciated as a blistering live act. Their catalog of originals is mixed with classic country and some choice American alternative rock to boot.

Between 1997-2005, CPK recorded several CDs, toured up-down-and-around the United States, went to Europe, received tons of local media praise (“Best Alternative Country Band, “Best Roots Rock Band,” and “Best Band To Get Drunk To”) and got the national attention of No Depression magazine.

The band reformed earlier this year to the delight of everyone and plans to record new music and tour in 2018.