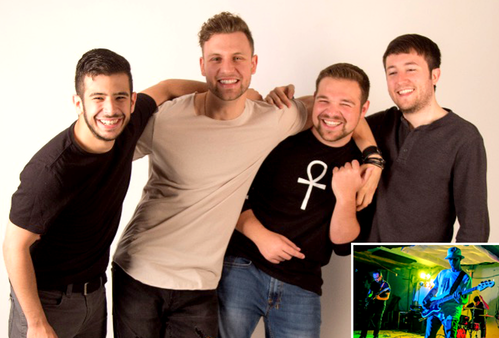 Garcia’s at The Capitol Theater

Alternative rock band Back 2 Zero was formed in Westchester, New York in 2008 by life long neighbors Niko Emanuilidis and Dan Barone. The two friends began jamming and recording song demo’s, trying to emulate their favorite artists that brought them together as friends and musicians. A year later they met guitarist Alex de Chaves and drummer Ben Taylor at the start of High School and knew from day one that it was a perfect fit.

July of 2017 marked the release of the band debut EP “Here, Alone”, an almost eight month project, that through singles “Throw You Out”, “Irony”, and “Wasted”, hopefully has the legs to help propel their careers.

Taking cues from 90s alternative and pop, Back 2 Zero combines anthematic hooks and heartfelt, relatable lyrics that will have you singing along before the chorus ends.