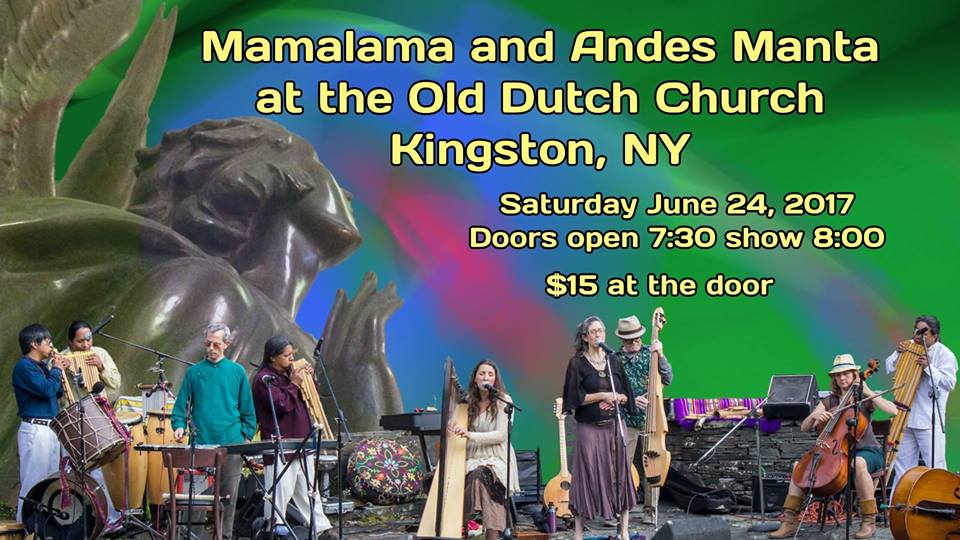 On Saturday June 24th at 8pm there will be a concert at The Old Dutch Church with a 9-person collaboration between 2 world music ensembles: Andes Manta, a 4 brother band from the Andes mountains of Ecuador who have been touring US for over 25 years, playing over 35 traditional instruments—and Mamalama, a Hudson Valley based indie-orchestra that includes harps, dulcimers, ethereal choral singing, cello, homemade music boxes, and Native American flutes. The concert will feature the original compositions of both ensembles, as well as traditional songs from Native South and North America.