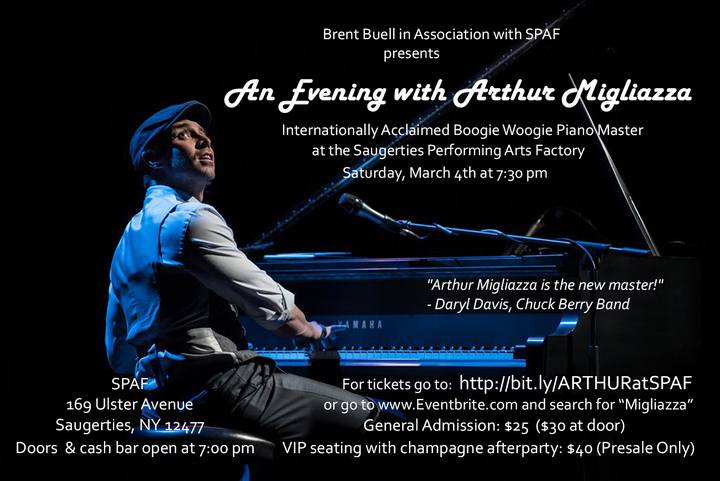 Get ready to boogie into the night as Arthur Migliazza rocks the house with music so hot you think the keyboard will melt! With his trademark humor and vast knowledge of music, Arthur brings a magical evening that moves from the earliest Delta Blues to Boogie to the roots of today’s most popular music.

Mr. Migliazza has been inducted into the Arizona Blues Hall of Fame and was a finalist at the 2010 and 2014 International Blues Challenge in Memphis. He has performed on some of the world’s greatest stages, includingTchaikovsky Hall in Moscow as part of the sold out Kings of Boogie Tour, theGlenn Gould Studio in Toronto, Benaroya Hall in Seattle, National Public Radio, and at The Falcon, New York’s famous venue in Marlboro Falls. His appearances with blues great Slam Allen are already a thing of legend.

Mr. Migliazza’s CD, Laying It Down, was on the entry list for the 2015 Grammy nominations and his book, How to Play Boogie Woogie Piano, is educating a whole new generation of boogie pianists.

**The VIP tickets include preferred seating and admission to a private afterparty at 9:30 with Arthur. VIP guests will receive complimentary champagne, hor d’ouvres from Chef Chris Ratel, and enjoy a special added private performance by Mr. Migliazza. The cash bar will remain open during this afterparty.Doors and cash bar open at 7 pm. 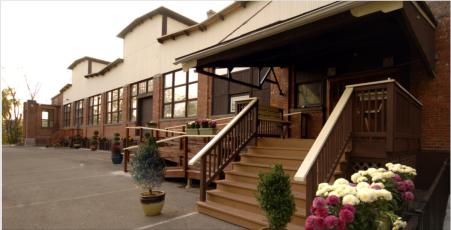