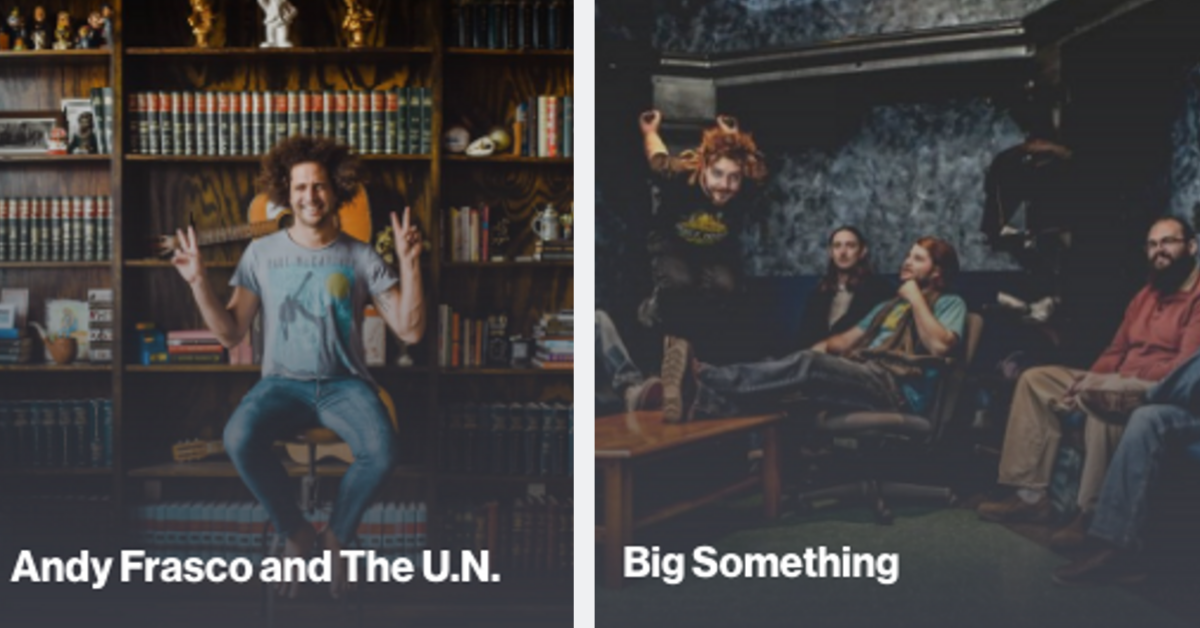 Join us on Saturday, October 12, 2019 for the 7th Annual Craft: Beer, Spirits & Food Festival at Bethel Woods Center for the Arts. Quench your thirst with a variety of beer, spirits, cider, and mead brought to you from craft beverage makers across the region, all while you enjoy live music, food, and artisan vendors.

An energetic showman who delivers a passionate fusion of rock, rhythm & blues, ska, and vintage soul, Andy Frasco is a native Californian who moved from the business side of music to taking the stage. Frasco developed a passion for music when he was a teenager, and at the age of 15 he began working for an independent record label, Drive-Thru Records. Frasco later moved on to road managing the band Hello Goodbye and working for Atlantic Records. However, at 18, Frasco saw a Damien Rice concert that inspired him to take up performing. Frasco taught himself to play piano, and by 2007 he’d formed a band, Andy Frasco & the U.N. Featuring Frasco on lead vocals and keyboards, Shawn Eckels on guitar, Ernie Chang on sax, and a revolving cast of players filling out the rhythm section, the group soon earned a passionate following for Frasco’s dynamic performances, the group’s engaging, uptempo music, and their energetic interaction with the audience. By 2010, Frasco & the U.N. had released their first album, Love, You’re Just Too Expensive, and took on a punishing touring schedule, playing 200 dates a year. In between crisscrossing the country, playing clubs, theaters, and festivals, Frasco continued to release studio albums, including 2013’s Just a Good Ole Time, 2014’s Half a Man, and 2016’s Happy Bastards. In 2017, Frasco & the U.N. documented the sound of their raucous live show on the album Songs from the Road.

A 6 piece powerhouse with a sound that is both unique and timeless, BIG Something fuses elements of rock, pop, funk, and improvisation to take listeners on a journey through a myriad of musical styles. It’s no secret why this group has quickly become one of the most exciting new bands to emerge from the Southeast. Soaring guitars, synths, horns and alluring vocal hooks rise to the top of their infectious collection of songs and represent a sound that has caught the ears of such revered Summer circuit stalwarts as Umphrey’s McGee, Galactic, moe., Robert Randolph, and even The B52s who have all tapped Big Something as direct support.
In February 2017 the group released their 4th full-length studio album, Tumbleweed, which was recorded once again with the help of grammy nominated producer John Custer (Corrosion of Conformity). He has produced all of their albums including Truth Serum, which was named 2014 Album of the Year by The Homegrown Music Network, making Big Something the only band ever to win this award 3 times with 3 different releases (2010, 2013, and 2014). BIG Something has been featured in Relix Magazine, Guitar World, Glide Magazine, JamBase, ArtistDirect, and more.