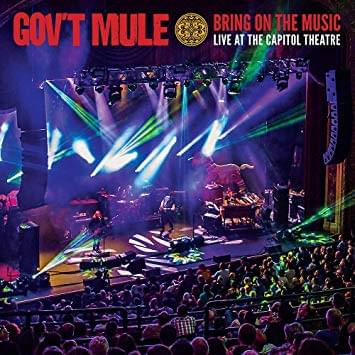 Rock titans Gov’t Mule have announced the release of Bring On The Music – Live at The Capitol Theatre, a brand new live CD/DVD package out June 28th via Provogue / Mascot Label Group. Filmed at The Capitol Theatre in Port Chester, NY, on April 27th and 28th, 2018, the 9-camera video shoot was directed by renowned music photographer and director Danny Clinch (Pearl Jam, Bruce Springsteen, Foo Fighters, Phish). The release features more than 2 hours of live music, a full-length concert film, interviews with the band, behind-the-scenes footage, photos shot by Danny Clinch over the years, and more. This is the first time that Gov’t Mule’s updated stage set and production have been filmed, bringing the excitement and spectacle of a Gov’t Mule show directly into fans’ homes.