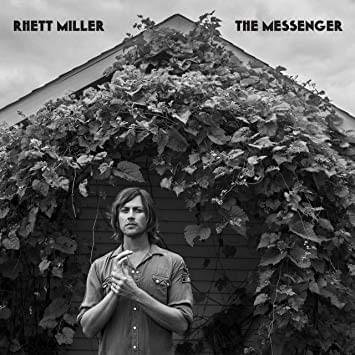 Old 97’s leader Rhett Miller is at his most messed up best on the new hard luck song “Total Disaster,” the first track to be released from his upcoming solo LP, The Messenger.

Miller, who celebrated his 48th birthday earlier this month, finds himself in a familiar predicament on “Total Disaster,” mulling over of his Irish whiskey-induced hardships and wondering when he’ll ever grow up. Aided, perhaps, by the intoxicating thump on the lean, lunging backbeat, he manages to look on the bright side of things, telling himself, “There’s no such thing as perfect. Why even try?”

“Total Disaster” serves as the opening track of the 12-song album, Miller’s first solo release since 2015’s The Traveler. He recorded The Messenger with producer Sam Cohen over a five-day session in Woodstock, New York, and its November 9th release comes just one week before the Old 97’s releases a new LP of its own, a Christmas album titled Love the Holidays. Both will be released on ATO Records.

Now more than 20 years on from Old 97’s’ major label debut, 1997’s Too Far to Care, Miller is, if anything, keeping a busier pace than he ever has, having long since established himself as a published author in addition to musical projects. Appropriately, he’ll be pulling double duty when the band hits the road at the end of November for several U.S. tour dates, serving as the opening act with solo acoustic performances. – Rolling Stone