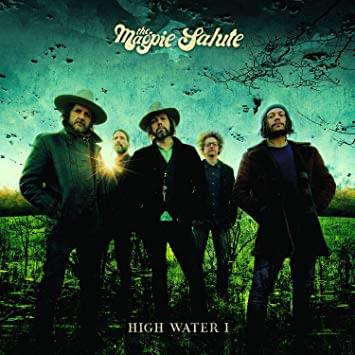 This is the story of The Magpie Salute. As much as the group represents a musical union of swaggering rock ‘n’ roll, psychedelic blues, and campfire-worthy storytelling, it also marks a reunion of musicians whose paths twisted and turned right back to each other. Pulled together by guitarist Rich Robinson, it continued a storyline he began in the Black Crowes with guitarist Marc Ford and bassist Sven Pipien. Meanwhile, vocalist John Hogg shared Hookah Brown with Robinson as keyboardist Matt Slocum and drummer Joe Magistro both joined him for solo records and tours over the years.

Now, these six individuals conjure magic on their full-length debut of original material, High Water I for 2018 with High Water II to come in 2019. “It’s the recontextualization of playing with one another,” Robinson states. “When I was putting this thing together, I was thinking about how even though we may not have played for almost a decade, it just comes back immediately. The chemistry is unexplainable. Of course, I’m the same guy who played with the Black Crowes and wrote all of those songs, but this is a different context for myself, Marc, and Sven. It’s the convergence of three different worlds and eras for me. We’re all here together in this one place. Simultaneously, it’s amazing for Marc and Sven to play with Joe and Matt and John to be in the middle of it all. This is what I wanted to do.” Ford reveals “This is probably the best band I’ve ever been in. As a player, it challenges me. There’s something beyond us that we’re agreeing with. This music wants us to be a part of it.”