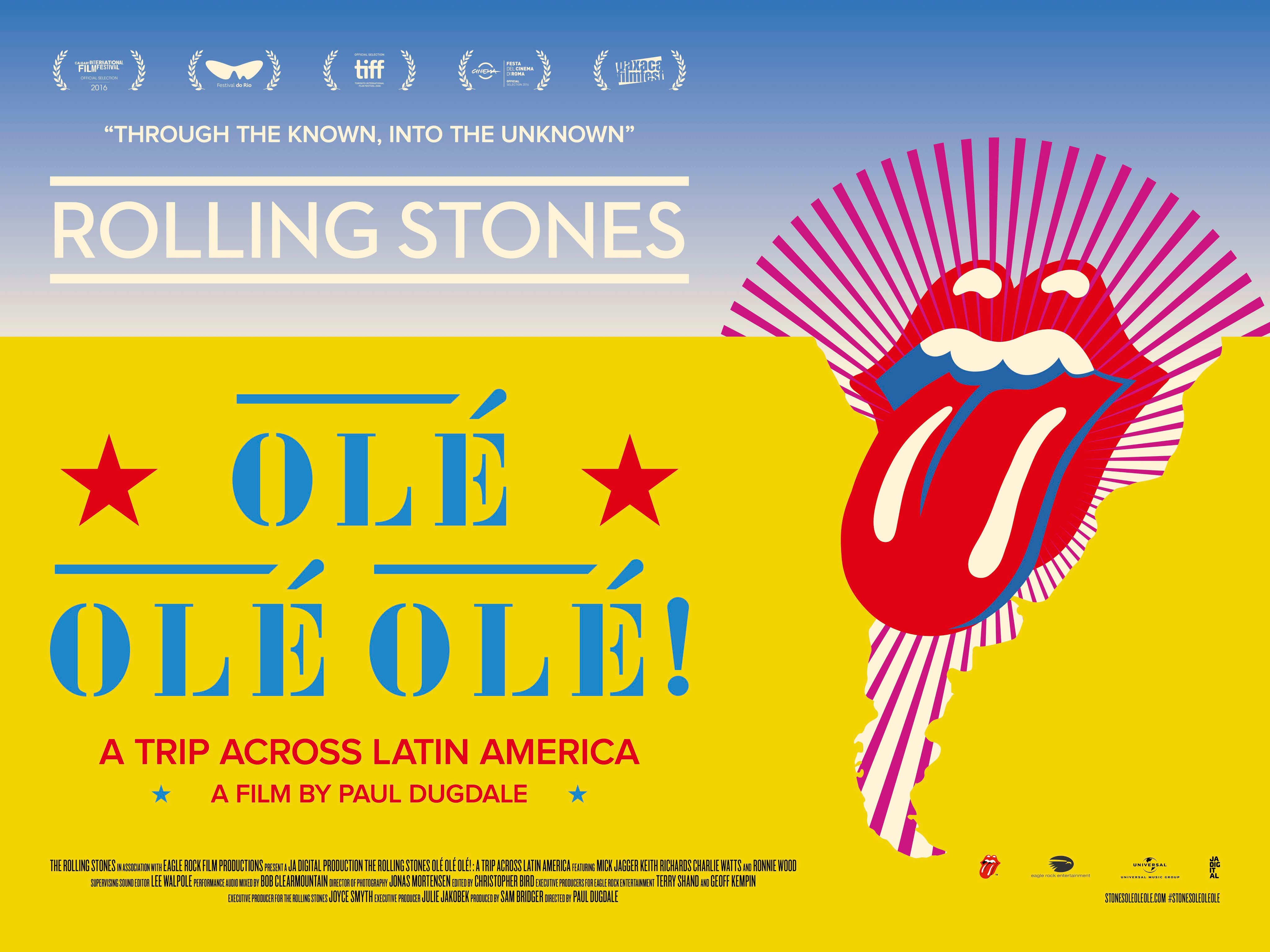 The Rolling Stones Olé Olé Olé!: A Trip Across Latin America is a feature documentary that follows the Rolling Stones’ tour of early 2016 through 10 Latin American cities. The film combines electrifying live performances from across the tour and from their historic tour finale as the first ever rock band to perform to an audience of 1.2 million in Havana, with an intimate insight into the world of The Rolling Stones.