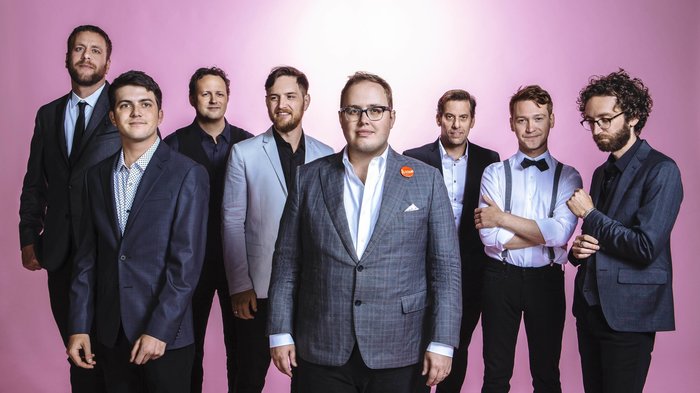 St. Paul & The Broken Bones roared onto the soul-revival scene in 2014 on the strength of frontman Paul Janeway, whose earth-shaking vocals are matched only by his irrepressible energy as a performer. After a whirlwind couple years since the band’s debut, Half The City — a time that included a few dates as The Rolling Stones‘ opening act — the Birmingham, Ala., outfit has shored up its sound and turned to weighty lyrical themes for its second full-length record, Sea Of Noise.

“Flow With It (You Got Me Feeling Like)” is the second single from Sea Of Noise, and it’s a fine example of the band’s maturation. Having grown to an eight-piece, the group fuels its fire with an expanded horn section and percussion that evokes the Motown sound. (Elsewhere on Sea Of Noise, its members call on the string charts of veteran Memphis arranger Lester Snell — not to mention the skyscraping voices of the Tennessee Mass Choir, recorded in Studio A at what was once Stax Records.)