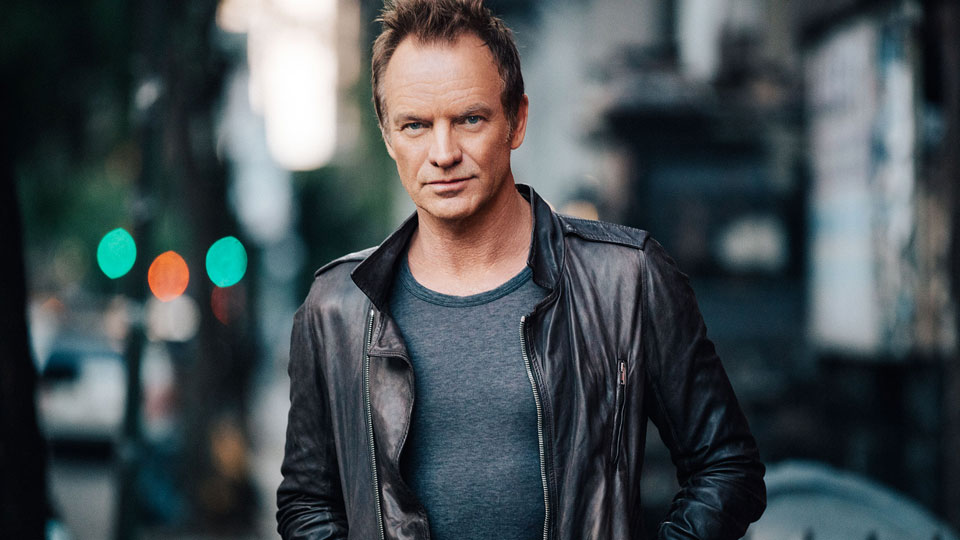 Sting strips back with his hard-hitting new single, “I Can’t Stop Thinking About You,” a pummel of raw electric guitars, rapid-fire snare rolls and simple vocal hooks. The song kicks off the singer’s 12th solo LP, 57th & 9th, out November 11th via Cherrytree/Interscope Records.

The former Police frontman debuted the studio version – and performed the song live – Wednesday on L.A. radio station KROQ. According to Stereogum, Sting said “Thinking About You” was inspired by waiting on creative inspiration while staring at a blank page.

With 57th & 9th, Sting returns to a rock-oriented sound following forays into classical music (2006’s Songs From the Labyrinth), holiday music (2009’s If On a Winter’s Night…), symphonic versions of solo tunes (2010’s Symphonicities) and Celtic-folk (2013’s The Last Ship).

Sting named the LP after the New York intersection he crossed traveling to the studio each day. He recorded the album with a tight group of collaborators – including touring members Vinnie Colaiuta (drums) and Dominic Miller (guitar), and Jerry Fuentes and Diego Navaira of Tex-Mex group the Last Bandoleros. Sting arrived to the sessions without material, writing songs on the spot. “It raises the tension, because everything costs money,” he told Rolling Stone.

“Most of it was done in an impulsive way,” added Sting’s manager Martin Kierszenbaum, who produced the LP. “One or two takes. I don’t think he’s rocked like this since Synchronicity.”

One notable track is the ballad “50,000,” written the week of Prince’s death. “Mortality does sort of rear its head, particularly at my age – I’m 64,” he said. “It’s really a comment on how shocked we all are when one of our cultural icons dies: Prince, David [Bowie], Glenn Frey, Lemmy. They are our gods, in a way. So when they die, we have to question our own immortality. Even I, as a rock star, have to question my own. And the sort of bittersweet realization that hubris doesn’t mean anything in the end.”