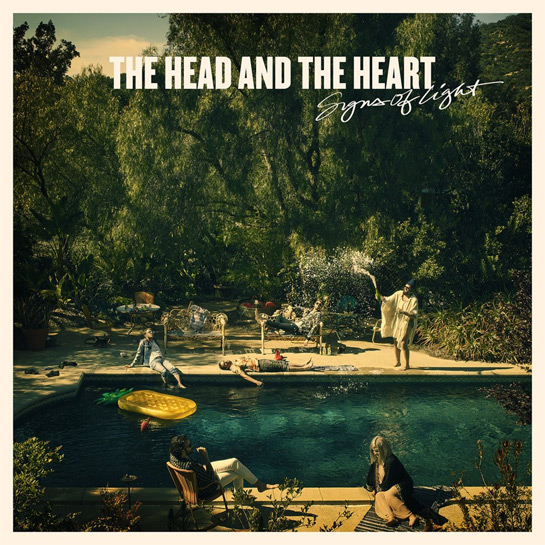 Less than two years after they first came together, the Head and the Heart have become one of the most popular bands in their hometown of Seattle, Washington, and a listen to their self-titled debut album makes it clear why: they’re very good, and almost startlingly accomplished for a handful of twenty-somethings who initially recorded and released this album on their own dime a year before it was given an expanded and refurbished re-release by Sub Pop. Vocalists, guitarists, and songwriters Josiah Johnson and Jonathan Russell provide the strongest draw on The Head and the Heart with their crisp but homey harmonies and melodies that find a middle ground between ‘70s folk-rock and British Invasion-era pop, and they get an invaluable assist from pianist Kenny Hensley, whose keyboard lines add plenty of tuneful energy to the performances. Charity Rose Thielen‘s fiddle and vocals add warmth and texture to the music, and bassist Chris Zasche and drummer Tyler Williamsare an ideal rhythm section for this band, solid and capable of adding color without muddying the details of the picture. The Head and the Heart play beautifully as an ensemble, and the push and pull of the dynamics sounds rich and satisfying, while the songs are smart as they are catchy, reflecting a lyrical maturity that suggests a post-millennial version of the Band or the Jayhawks. There are plenty of bands who literally spend a decade working up to an album as well-crafted, confident, and powerful as The Head and the Heart, and these folks managed to knock it out in a bit over a year; is they can make this particular bit of lightning strike twice, we may be looking at one of America’s best new bands.