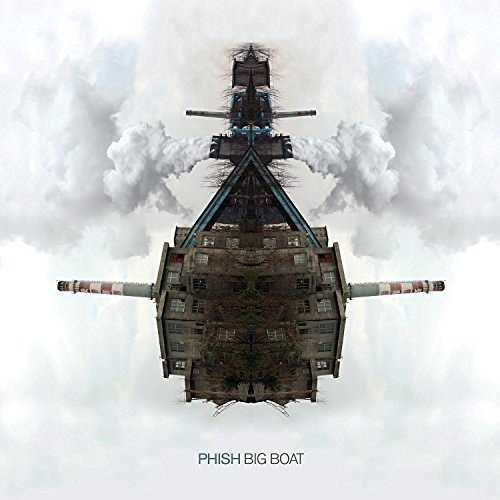 Phish fans will never truly love their records as much as they love the immersive experience of their live shows. So then, it’s only sensible for the group to approach its albums as entirely different experiences, without losing its identity as a band. Complicating matters: That very identity has evolved since their days writing the concert staples that they loaded onto their 1989 debut, Junta. But Phish aren’t kids anymore, a fact they’ve been struggling with ever since their return. Before they could successfully be honest as studio artists again, they needed to use their “3.0 creative sparks” to light that initial fire they had as a band when they first formed. They needed to grow new skin over old bones, and be comfortable doing it.

Which is exactly where Big Boat succeeds: It’s the album that Phish has tried to make since 2009’s Joy or even since 1996’s refined Billy Breathes. It opens with “Friends,” using Jon Fishman’s cryptic lyrics to set the scene for what’s to follow. If 1993’s Rift was a concept album about marriage, then Big Boat is an album about thethings that become more relevant two decades after the wedding ceremony—family, home, religion, death. The inescapable eventuality of death and unanswerable questions of spirituality and faith are laced throughout, peeking their way through Phish’s homespun, oddball storytelling.

Big Boat’s biggest surprise might just be Page McConnell’s “Home,” if only because, though unveiled here for the first time, it already sounds like a live classic. Another highlight—“Petrichor,” the 13-minute Trey Anastasio meditation that closes out the album—succeeds where “Time Turns Elastic” did not in a four-piece arrangement. It creates a bandwidth of cinematic music and imagination on a scale usually reserved for symphony halls, filling the heart as well as the ears with sound, melody and emotion.

Mike Gordon’s “Waking Up Dead” lends itself well to the band’s new mature quirkiness, while Anastasio’s “More” is cut from the same dad-rock cloth as his recent solo efforts. It’s Phish 3.0 songwriting, to be sure, but with Phish’s unmistakable gallop racing it around the turntable. It’s 100-percent Phish—just mature Phish. They’re past the point of striving for that one breakthrough hit and, instead, they’re going for that one breakthrough album. With Big Boat, they may have delivered it.