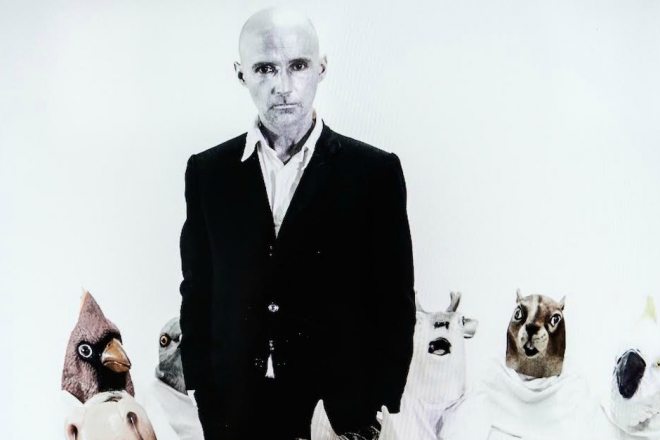 Moby’s had a bit of an interesting few years: Last summer, he teamed up with Miley Cyrus before it was the indie-cred affirming thing to do in the video for the Flaming Lips’ “Blonde SuperFreak Steals the Magic Brain.” This past April, he spoke to SPIN about the 20th anniversary of his 1995 record Everything Is Wrong, and now, Moby’s back with a project he’s calling “Moby & the Void Pacific Choir” (not to be confused with Julian Casablancas + the Voidz, another noteworthy side venture). Their new track, “The Light Is Clear In My Eyes,” is a guitar-screeching, scorched-earth number that reaches ear-numbing volume but feels like a totally welcome departure for the 50-year-old at this phase in his career. Stereogum also points out that there’s an additional Moby & the Void Pacific Choir track out there with pop producer Robin Schulz (known best for his remix of Mr. Probz’s “Waves”) off his new album Sugar. It’s a far dancier cut than “Light,” but Moby’s voice still grounds the track in a gritty, urgent way. Moby’s last full-length was 2013’s Innocents, though it looks awfully certain that fans will be getting a new album from the producer’s new project before the year’s out.