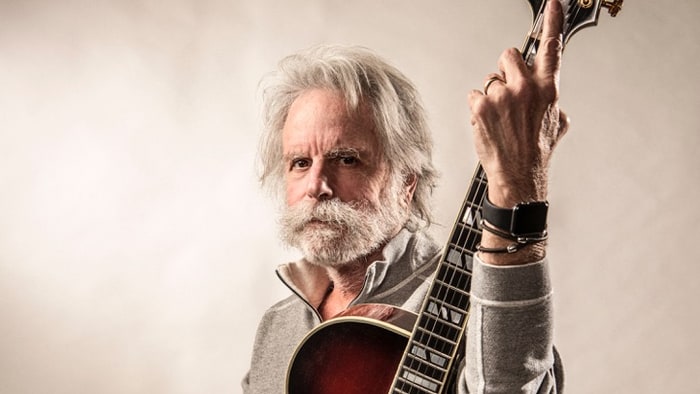 With references to the traditional folk song “Shenandoah,” the track finds Weir delivering a melancholy meditation on past and present that nevertheless finds hope in its chorus, “Oh Shenandoah, I long to see you / Hey, hey, hey, only a river gonna make things right.”

The instrumentals swing with shuffling drums, aching piano and sparkling guitar licks that turn gloriously ragged during the solo. “Only A River” features the National’s Aaron Dessner on electric guitar and Scott Devendorf on bass and vocals, alongside Josh Kaufman, Ray Rizzo and Rob Burger. Per NPR, Weir co-wrote the song with Josh Ritter, who contributed to several tracks on Blue Mountain. Blue Mountain is set to arrive September 30th via Columbia/Legacy. The album marks Weir’s first solo album in 10 years and the first composed of entirely new material in 30 years. Weir will also embark on a short tour in support of Blue Mountain this fall starting October 7th at the Marin County Civic Center in San Rafael, California.