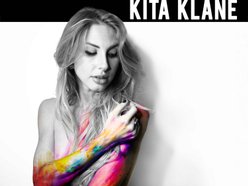 The highly anticipated new release comes off the back of last years breakthrough Fingerprints EP the title cut of which was used in high profile advertising campaigns for Bell Canada/Samsung Galaxy and Hulu.

“Technicolor” was written by Kita and co-produced with Bruce Driscoll (Freedom Fry, Blondefire).

Following her first two EP’s In Love With the Enemy and Fingerprints, which were accompanied by a series of three highly acclaimed black & white videos directed by Nic Harcourt, “Technicolor” finds Kita charting new territory both personally, and as a writer.

“I’ve experienced a lot of changes since the last EP. I’m a different person as a result and I see the world through a new lens.Technicolor is my euphemism for a deeper understanding that life isn’t just Black & White…….there are all sorts of grey areas and beautiful colors.”

Crave Online ran a feature this week on the indie chanteuse and is making Technicolor available as a free download on day of release Friday, September 23.

The indie chanteuse who influences range from Etta James to NIN was also recently featured on the Mexican Institute of Sound/Toy Selectah international collaboration album “Compass” with her vocal contribution Velcro hitting playlists around the globe this fall.

Kita will be DJ’ing selected events this fall beginning with the Friends of LA River 30th Anniversary celebration October 8.