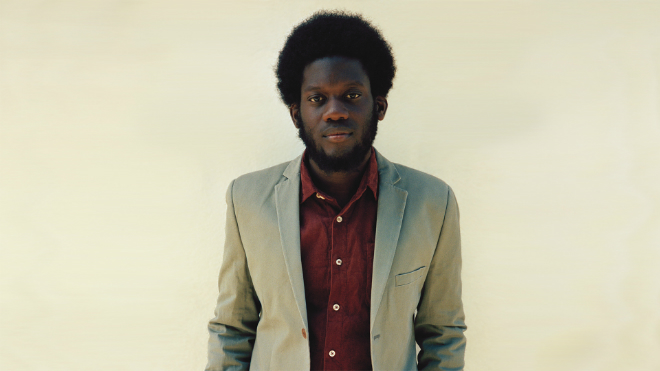 In times of pain and fear, the past can feel like a refuge. Michael Kiwanuka’s second album, “Love & Hate,” is a sustained, stylized plunge into despair: plaints of isolation, doubt, lovelessness, racial injustice, longing, hopelessness and a certain resolve despite it all, often set to mournful minor chords. “Love and hate — how much more are we supposed to tolerate?” he asks in the title song, before quietly insisting, “You can’t break me down.”

The album’s comforts lie in its spacious retro sound. The producer Danger Mouse (who shares production credits on the album with Inflo and, on a few tracks, Paul Butler) places Mr. Kiwanuka in a realm of string orchestras and wordless backup chorales, of rich reverb and staticky vintage-amp distortion, of unprogrammed drums and leisurely buildups. Mr. Kiwanuka’s voice doesn’t appear until halfway through the 10-minute opening song, “Cold Little Heart” — after an overture of quivering strings and a female chorus singing oohs and ahs, patiently transporting the song and the album to an early-1960s soundstage.

Mr. Kiwanuka, a 29-year-old Englishman whose parents are from Uganda, isn’t the only songwriter who’s decisively turning his back on the synthesized constructs of mainstream R&B. Maxwell’s new album, “BlackSUMMERS’night,” revels in the textures of hand-played physical instruments; so does “The Dreaming Room,” by Laura Mvula. Like Mr. Kiwanuka, they connect organic sounds to a sense of idealism, pointedly harking back to songwriters like Marvin Gaye and Curtis Mayfield, who channeled pleasure toward larger aspirations.

Mr. Kiwanuka’s 2012 debut album, “Home Again,” offered more naturalistic folk-soul. It featured him and his guitar in small-band arrangements that evoked Bill Withers, Terry Callier and Van Morrison. That side of Mr. Kiwanuka’s music reappears in “One More Night,” a Stax-style soul song about clinging to hope, and in the album’s first single, “Black Man in a White World,” a complex declaration of identity, with a field-holler-like melody set to handclaps, tricky funk syncopations from Mr. Kiwanuka’s own guitar and bass tracks and jabs of disco strings. “I’m not fighting/But I’ve got something on my mind/Making me sad, making me mad,” he sings.

But most of the album invokes the kind of cinematic artifice, at once old-fashioned and openly reconstituted, that Danger Mouse has also brought to his own projects, like Broken Bells. Danger Mouse, a.k.a. Brian Burton, is partial to stubbornly slow tempos and a melancholy undertow, using strings and voices as ghostly reinforcements and letting notes echo into the shadowy distance.

Throughout the album, Mr. Kiwanuka sings as if he were in some private purgatory, offering incantations only he will hear. He doesn’t raise his voice; graininess thickens his tone at vulnerable moments, then ebbs away, and his phrases are far more likely to taper off than to push toward a peak. The music makes space for him to ache.

“Falling,” written by Mr. Kiwanuka and Mr. Burton, has the singer reluctantly pushing back against the chance to restart a troubled romance: “You’re telling me you want me now/Let me go, leave my head alone.” He’s all by himself, yet surrounded by phantoms: Tremulous organ chords waft up; a guitar hesitantly follows the descent of the vocal line; a tambourine makes sparse shivers; and women’s voices float in the distance, like Lorelei’s. It’s doleful, but it’s also plush — a Danger Mouse specialty that suits Mr. Kiwanuka nicely.

Songs like “Place I Belong” and “I’ll Never Love” are resigned to utter solitude; “Rule the World” is a plea for someone to “Show me love, show me happiness/I can’t do this on my own,” but it’s a plea that goes unfulfilled. In “Father’s Child,” he sings, “I’ve been searching for miles and miles/Looking for someone to walk with me,” and an optimistic buildup toward the middle — with some rare major chords — hints that he’ll find someone; instead, the song turns slow and pleading, leaving the search unfinished.

“The Final Frame” ends the album with reflections on a long relationship unraveling. It’s an apology and a confession of numbness and distance, cast as a bluesy dirge with discreetly hovering strings and extended solos from Mr. Kiwanuka’s cutting lead guitar. All the singer can promise is that the couple will “float away in our parade of love and pain.” The only consolations are in the way the song revives and fulfills a classic R&B ballad form, the way the guitar flails and cries, and the sense that for all the elegant artifice, something desperate and honest is being sung.