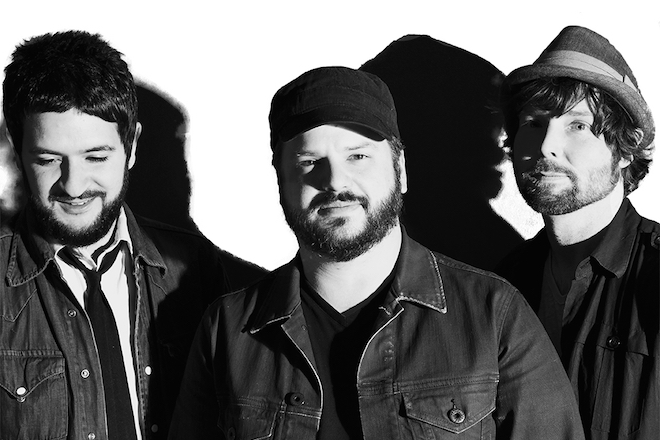 L.A.-based buzz band The Record Company tours behind their new album Give It Back to You, which features the recent #1 hit single, “Off the Ground”. The rock/roots trio of Chris Vos (guitar, lead vocals, harmonica), Alex Stiff (bass, guitar, vocals) and Marc Cazorla (drums, piano, vocals) has already been hailed by LA Weekly for “making bluesy music that would sound more at home in a sweaty, backwoods Mississippi juke joint,” while Time Out Los Angeles has described their sound as “reminiscent of some of the best acts of the ’50s and ’60s—like if John Lee Hooker and the Stooges had a well-behaved love child.” The comparisons are apt. “We have been influenced by early electric blues, so some of that influence certainly shows,” acknowledges Vos. “But we’re just as influenced by bands like the Stones and The Stooges as we are by blues legends like Hooker, Muddy Waters and Jimmy Reed.”