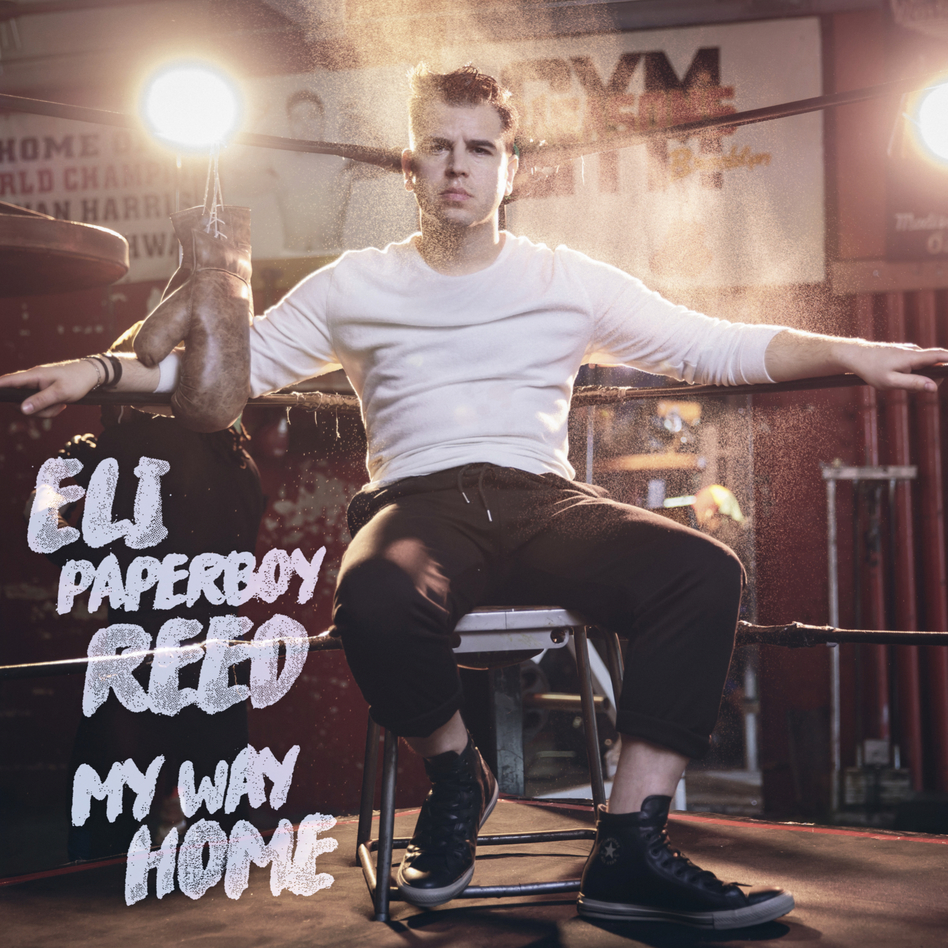 With a few albums already under his belt, soulman Eli “Paperboy” Reed is switching gears from the secular to the spiritual.

The genre switch also comes at a time when Reed is moving from a major label (Warner), an experience he summarizes as “frustrating but not necessarily malicious,” back to an indie (Yep Roc), which he describes thus far as amazing and a label that’s “malleable and responsive to artists looking for careers, not just hits.” However, don’t take his move to gospel as hipster revivalism.

Reed has been a gospel junkie for years, thanks in part to his father who would regularly spin The Soul Stirrers and The Blind Boys Of Mississippi in his household growing up. After a stint playing organ with Mitty Collier, who recorded for Chess throughout ‘60s, for her Chicago church, he also was under the tutelage of longstanding New England gospel group The Silver Leaf Gospel Singers when he returned to his native Boston. Additionally, he’s been a featured guest and programmeron the Divine Chord Gospel Show. That he happened to record rhythm and blues before putting a note of gospel to tape isn’t new to the soul genre, as his singing and performances have always been influenced by spiritual music.

My Way Home is a gorgeous homage to the genre, but don’t pump your speakers expecting to hear pristine or laidback Sunday backdrops. The record is in-your-face, lo-fi garage gospel that shakes your soul. “The Strangest Thing” marries Wilson Pickett-like howls over a classic church revival driving rhythm. “A Few More Days” is a blistering affair that is every bit as sweaty and palpable as what’s being churned out from Daptone, a leading label in the soul revival. Elsewhere, the title track is slowed-down pleading at its finest that faintly brings to mind a classic hymn like “I’ll Fly Away.”

While muddy recordings are often frowned upon as unlistenable, in this instance it serves My Way Home exceptionally well, giving it the feeling that you’ve just thrown on a 45 you bought at an estate sale and holding your own service from your house. Credit the sound to Loren Humphrey, whose home studio in Bushwick, Brooklyn they utilized to record and mix the entire album over four days. Humphrey had been amassing vintage gear that sparked an interest in Reed. “I just wanted to get in a room with my friends, make some music, and hit record. I was barely even planning to make an album. Only after it was over did I realize we had a cohesive body of work,” Reed recalls. Furthermore, on their 8-track machine, one track wasn’t working, leaving only seven tracks upon which to record. Instead of stifling, it worked right into their hands as to the type of sound and record they wanted to assemble. Also contributing to the sound was recording to tape, which Reed points out “imparts a serious and fastidiousness to the session that might not otherwise be there because you don’t have the ability to fix, tune, move, or alter things after the fact. If you don’t like it, you have to do another take.”

Gospel music, while often thought of as a community experience when gathered at Sunday service, is actually the culmination of a very personal relationship in its creation and performance. Barriers are broken down, which is why you’ll often find people reacting to it through teary eyes, hand-raising or dancing in exaltation, maybe even in the same three-minute song. Reed has encapsulated those emotions beautifully in a succinct, yet full-serving, 35-minute record. There’s yearning, pain, belief, sin and redemption.

For such a ripe and enriching experience, My Way Home almost didn’t happen, or at least not as part of some tactical plan. When church is functioning at its best, it’s serving. Through a program in Harlem called Gospel For Teens, which is set up to serve at-risk youth from the area, Reed has been volunteering in leading a small-group and quartet class when his tour schedule permits. Again, it was his father who played heavily into the picture. Working for The Manhattan Institute, which gives out a yearly grant, the elder Reed invited his son to check out the Gospel For Teens program, which had applied for a grant.